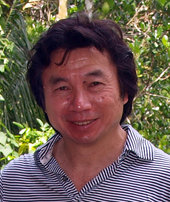 John Lee. John is a Professional Engineer and Project Manager with University degrees in Engineering, Business and Marketing. In this capacity, Projects managed by John have won National Engineering Awards for Excellence and Innovation, the Australian Design Award, the Victorian Design Award, and a Powerhouse Museum Special Award for Contribution to Technology History. John is currently engaged in a Research Doctorate (PhD) which integrates the disciplines of Science, Spirituality and Education.  John's family genealogy has been  traced back 800 years to the Song Dynasty in Northern China, where the first ancestor of the Li family was posthumously decreed to be a "Man of Literature" by the Emperor. Another ancestor was a Great Scholar of the Imperial Academy at the time of building of the Forbidden City in the 1400's. 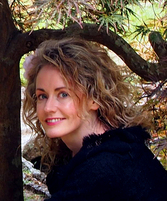 Cecilia Macaulay. Cecilia is a Permaculture Designer, Illustrator and Speaker, working  in Australia and Japan. 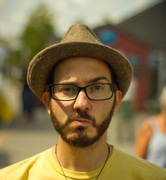 Marc Lepage. Mark is an Artist, Photographer and  Marine Biologist.

Thanks to Melissa Johnson for the  introduction to Meditation which was a major step on the Spiritual Path.
A special thanks to Suzan Rideout for setting the environment for Channelling and Astral Travel.
Thanks also to Frances Amaroux for contribution of the concept "Propensity for Spiritual Energy".
Thanks to many others (including Anita Cochrane, Jackie Crockford, Alexander DeFoe, Jennifer Robinson, Vered Kilstein) for sharing their Circle Energy.